B-52 Victory museum Hanoi local people also call “B52 museum Hanoi” is a great place for you to understand more about the history of the Vietnam War with Americans.

If you want to learn more about the heroic history of the Vietnamese people army in general and the struggle of the people of Hanoi in particular, this is a place you cannot miss.

B-52 Victory Museum Hanoi was inaugurated on December 22nd, 1997, on the 25th anniversary of the victory "Hanoi - Dien Bien Phu in the air" upgraded, renovated, and completed in December 2012 on the occasion of 40 years victory.

During the 12 days and nights of the 1972 Campaign “Hanoi-Dien Bien Phu in the Air”, the Vietnamese Air Defense Force and Hanoian people shot down 358 aircraft, including 25 B-52, caught a lot of pilots and kept in Hoa Lo prison the most famous pilot is John Mccain.

During this campaign, Americans threw more than 10,000 tons of bombs and bullets, killing 2,380 people and injuring 1,355 people. The museum shows images of the devastation in Hanoi after the terrible bombing at places: Kham Thien, Bach Mai Hospital, Hanoi railway station.

On an area of 1,200m² indoor displayed, these following by an introduction to the process of building, fighting, and maturing the capital army forces through the periods especially: the battle "12 days and nights of the 1972 Campaign “Hanoi - Dien Bien Phu in the Air. Through documents, images and artifacts, visitors will understand more about the role of the B-52 aircraft in the Vietnamese war. 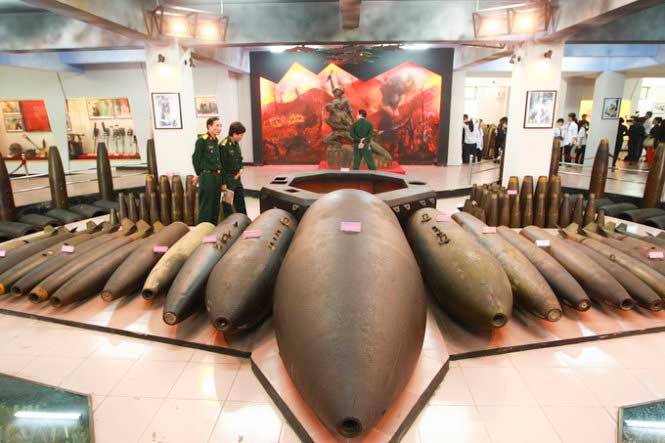 This area showed weapons, army equipment, and Hanoian people fighting with American force, especially in 12 days and nights in December 1972.
It displays the remains of American B-52 strategic aircraft shot down by the Hanoi army with a considerable body length: 49.05m; Wingspan: 56.39m. 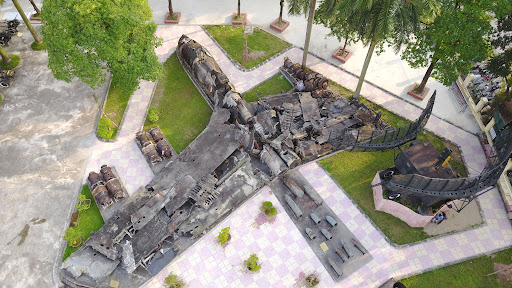 Remains of B-52 strategic aircraft

The museum is a typical cultural and historical center of Hanoi capital, located in the center of cultural space complex of the historical relic "Huu Tiep Lake" or B-52 lake Hanoi. This lake is also the only place that still preserves a part of the B52 remnants until now and Ngoc Ha traditional flower village.

The museum is not only a place to keep evidence of history, where domestic and international tourists can learn more about the history of the Vietnamese war with American, but also a place where the young generation can learn, understand more the history of the nation, and appreciate the value of peace. 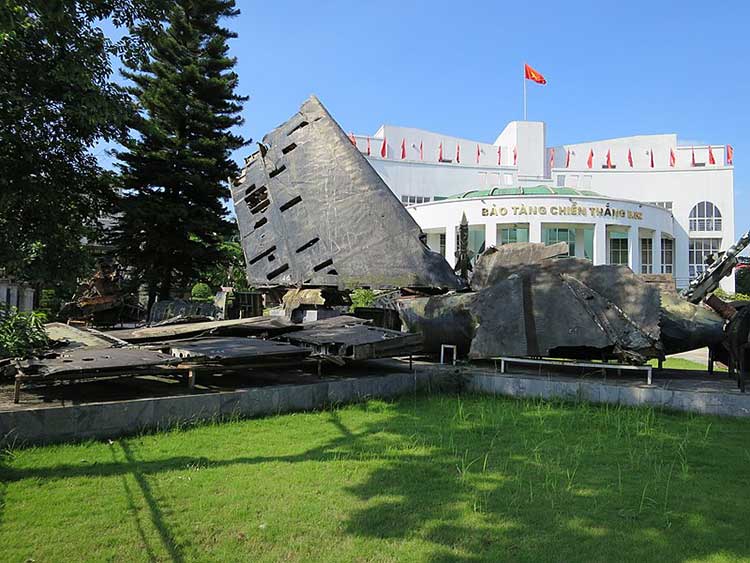 >>> Click here to check out a free walking tour with local students to visit the B52 museum or other famous places in the city.

The museum is located in the center of Hanoi, about 2km from the old town area, very easy to find it. You can walk, take a grab, motorbike or taxi. You can also combine to visit some famous spots nearby, such as Vietnam Military History Museum Hanoi, Ho Chi Minh mausoleum complex or Ba Dinh square.

Go Viet Trip hope this article will help you understand more about Hanoi. You can read more Top 9 museums in Hanoi. If you need any more help. Please feel free to contact us: Email: Goviettrip@gmail.com or hotline +84968667589. We are guarantee about quality and prices. Get a full refund if you do not feel happy with our services.

Top 9 Museums Must Visit in Hanoi, Vietnam for Travelers in 2022