Temple of Literature in Hanoi, Top 5 things event local do not know

Temple of Literature is always listed top place MUST visit in Hanoi. There are many exciting stories about this historical event local people don't know. Let's Go Viet Trip help you find out more information!

Many visitors do not realize if they do not pay attention. When you look from the outside to the main gate, you can see only three gates; however, there are five gates from the inside of the temple. The answer is very simple: Vietnam was a small nation facing many enemies, especially from the North. They don't want Vietnam to be an independent nation - five doors represent an independent nation, and three doors represent a province. The feudal dynasty doesn't want the war with other nations. They tried to protect independence through diplomacy and keep the independence of the country. 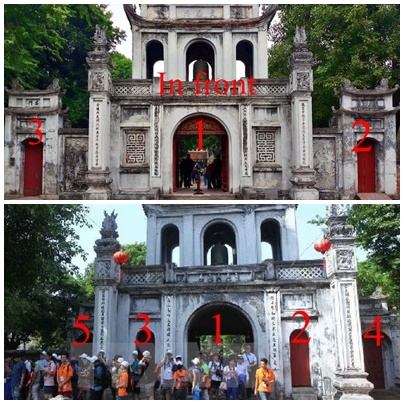 Visitors will see two small plates, but it has recorded a meaningful practice. Both words are "Ha Ma" – (Get off the horse) even how high lever you are (even KING) or how noble or wealthy you are when you are riding a horse pass here you must disembark from the horse
It tells us that the sacred land starts from here and requests all people to express respect to it – The heart of Thang Long Hanoi. 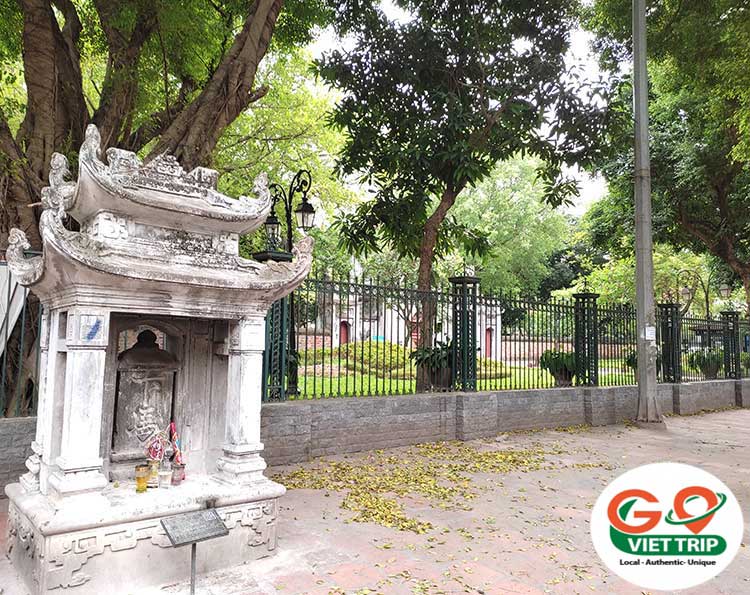 The symbol of Hanoi since the 2000s was built in 1805 by Nguyen Van Thanh – leader of Bac Thanh. With two floors – 8 roofs, each side of the pillar has a length of one meter and is engraved with very sophisticated, sharp patterns and unique architecture. Visitors can see a circle and a square shape on the pavilion.
It's a symbol for land and the sun. This unique architecture also uses the backside note of 100.000 VND banknotes. 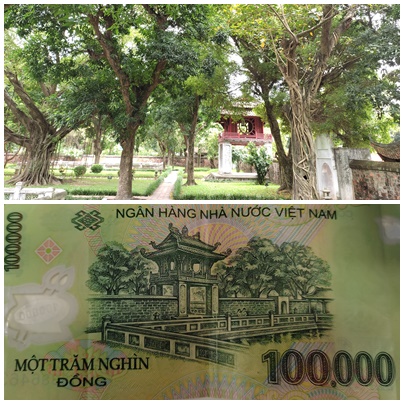 4. Many Politicians visit and touch the head of the turtle to get lucky

The most famous politician touching the turtle's head is former US President Bill Clinton in official visit in November 2000 and became the first by an American president to Vietnam after 1975. The turtle's head shows that Bill Clinton greatly appreciates Vietnamese cultural values as well as knowledge.
Nowadays, to protect the heritage, the management of the monuments not allowed visitors to touch the head of turtle's. 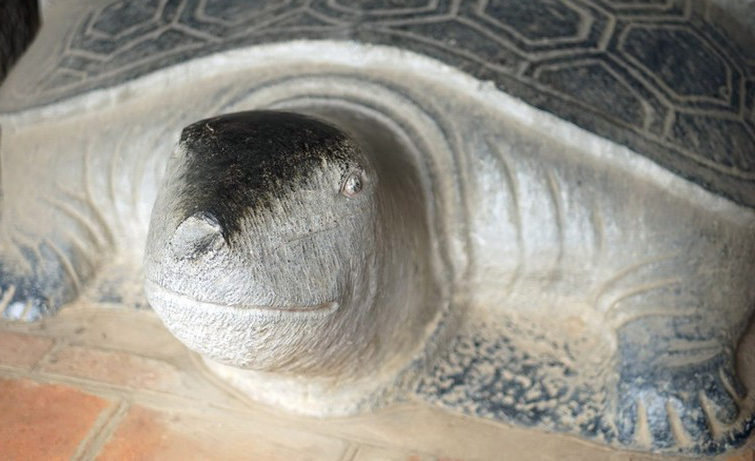 The head of a turtle in Temple of Literature

The period 1888 – 1945 was the most volatile in the history of the Temple of Literature. This was once turned into a barracks and a shooting range by the French colonialists. At one point, it was a quarantine area for people infected with cholera in Hanoi. They had plan built a hospital. But the struggle of the people of Hanoi, the French army returned this Monument to the local authorities to manage, and the ritual activities were restored here. They decided to build a hostpital next temple. Xanh - Pon hospital Hanoi - still available until today. 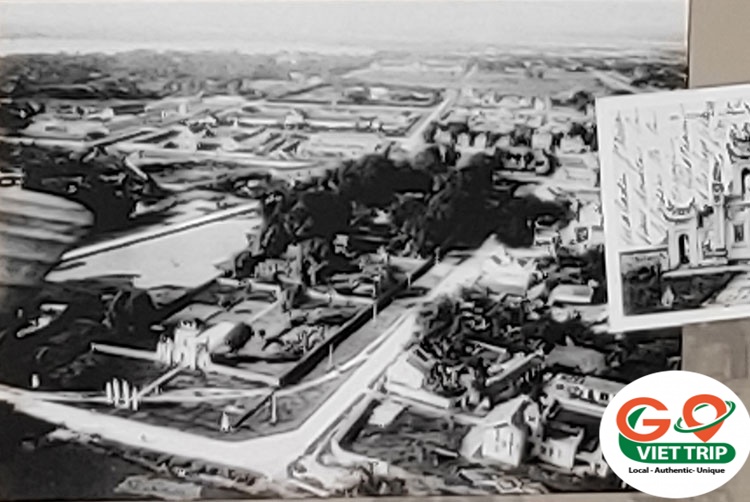 Click here to check out Free walking tour with local students and visit Imperial Academy or other places in Hanoi.

Some architecture was destroyed through many years' events, but the Temple of Literature is still considered a symbol of the Vietnamese's educational quintessence, cultural beauty.
Hopefully, with the above sharing from Go Viet Trip, you will have more knowledge about this meaningful historical-cultural relic of the capital.

You might want to visit some attractions nearby:
>>> Ho Chi Minh mausoleum complex - Complete guide >>> Ba Dinh square - A most famous historical relic of the capital >>> One pillar pagoda - Symbol of Hanoi millennium

>>> Read more Hanoi tours with the best prices, services, and itinerary
We hope this article will help you understand more about Hanoi if you need any more help. Please feel free to contact us: Email: Goviettrip@gmail.com or hotline +84968667589. We are guarantee about quality and prices. Get a full refund if you do not feel happy with our services.

Top 13 Museums Must Visit in Hanoi, Vietnam for Travelers in 2023